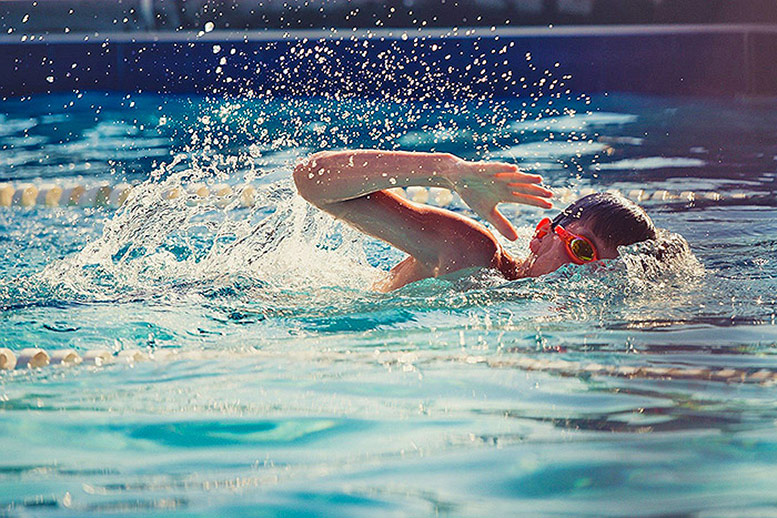 Top 10 Places to Swim in London

Swimming is a great sport as it exercises all parts of the body and the good news is that London has some awesome venues for swimming and not all of them are indoors.

Sometimes in the hustle and bustle of urban life, a trip to the baths is a real treat and there is something serene about going under water to get away from it all. Here are the top ten places to swim in London:

Opened in 1938, the Parliament Hill Lido in Hampstead Heath is a great place to swim if you prefer the outdoors. The pool is 60 meters long and 27 meters wide with unheated water, don’t let this put you off however as wetsuits are allowed if you find the water to cold. Despite being established in the 1930s, much of the facilities have been renovated and there is disabled access so everyone can enjoy the pool.

A unique feature of this Lido is that the bottom of this pool is made out of stainless steel; although the purpose for this was to decrease the amount of maintenance that needs doing, it has actually improved the look of the pool giving it a metallic shine.

Made for the 2012 London Olympics, the London Aquatics Centre has some wonderful facilities and is a perfect place to swim indoors. The centre boasts two 50 metre pools and a 25 metre diving pool giving the option to dive which many other venues don’t have. Although the pool was made for the 2012 Olympic Games, it opened to the public in 2014 and has been used for many other events and swimming championships.

The beauty of the venue has made it a popular place for photographers and it really is a stunning place to swim. The pool is located in the Queen Elizabeth Olympic Parks next to the Westfield shopping centre so there is plenty to do in the surrounding area prior to or after a swim.

Although the River Thames is definitely not a great place to swim, the Thames Lido in Reading is quite the luxurious opposite. With a spa, bar and restored Edwardian pool, this venue is not just a place to enjoy swimming in a great pool but a visit here also makes a relaxing day out.

There are facilities for private dining and a tapas bar too, so you can have some great food after a relaxing spa treatment or a refreshing swim. All in all, if you want to swim in luxury then swim at the Thames Lido.

The Tooting Bec Lido is the largest in the UK and doesn’t just have facilities to swim; there are many other leisure opportunities here too. This open air freshwater pool is one of Britain’s oldest open air pools as it was opened in 1906.

There was much controversy of the safety of the pool due to the narrow path near the deep end to get to the shallow end but the pool was refurbished in 2017 improving the facilities.

Central London’s only outdoor heated pool! The pool is part of the Oasis Sports Centre which boasts a state of the art gym, two large studios with a range of fitness classes, three squash courts and a sauna.

Based in the West End near Tottenham Court Road, the Oasis Sports Centre is really a stylish place to swim in a fashionable city.

Close to Woolwich, the Charlton Lido has an Olympic sized heated pool and some of the best gym equipment so you can make the most out of your day there. There are sun terraces to sunbathe in the summer months and a tennis court, which if you’re a fan of tennis, will come in handy too.

The Hampton Pool is a heated pool that is open every day of the year which is uncommon for a swimming pool, with separate lanes for faster swimmers and those that wish to take their time. The pool venue has two slides, a gym,a fitness studio and a cafeteria. Since the Hampton Pool is run by a charity, there are many fundraising events that take place here such as open air concerts.

In 1980, the pool was actually closed down by the local council for financial reasons, but after a long campaign by the community and lots of money raised, the pool was reopened and is ran by Hampton Pool Ltd which was formed by the campaign group.

8. Richmond Pools on the Park

This venue, near Richmond Station, is great as it has an indoor pool and an outdoor one, leaving you with the freedom of choice to if you don’t like swimming outdoors or when the weather is chilly. There are lots of classes here and much to do, but you can swim simply for fun as well at Richmond Pools on the Park.

There is a beautiful view of Richmond Park from the pool and there is a lot to do in the park, don’t miss out seeing the 300 red deer and 350 fallow deer while you are there, as there aren’t many herds quite like this in Britain.

If you’re not a fan of heated pools, and like the refreshing natural feeling of an outdoor one, swimming in the London Royal Docks is a great idea. You have to be able to swim 400 metres in an ordinary pool without stopping in order to swim at the Royal Docks, furthermore a safety band is required to swim here and will be provided once you sign up.

You need a wetsuit to swim here and if you don’t have one it can be purchased or hired from the venue, it is more cost effective however to bring your own.

This lido based in Hyde Park, which isn’t far from Knightsbridge station, has great facilities for both adults and children. Adults can enjoy a swim in the outdoor lido; the water is tested weekly for safety, and they can wear wetsuits if they find the water too cold.

Need something for the kids? The lido’s play area is a great place to take the kids with a climbing frame, swings, slide and a paddling pool so they can splash about too. There are also kiosks for tea and snacks in the surrounding area to keep you refreshed; make sure you don’t forget about the sun bathing area when the sun is out, as you may want to make the most of British summer while it lasts.

The Serpentine Lido is great in terms of cost effectiveness too, the prices are decent and swimming here won’t hurt your wallet (or purse!).

Categories
GET A WEBSITE Only £10 per month
Recent Posts

6 Ways to Stay Active and Lose Weight in London

Day Trips in the UK for Families This Summer

A Tourist for a Day: 6 Amazing Day Trips Near London

7 British Watch Brands You Should Invest in 2022